I have been fishing the Kenai since 1986. While growing up in Connecticut I often saw magazines which wrote about the giant king salmon in the Kenai. It was my dream to one day go to Alaska and catch one of those Kings.

In 1981 my family and I miraculously moved to Alaska. I always seemed to fish north of Anchorage but in 1986 I went south to the Kenai with my friend Charles and his 16-foot aluminum boat. My first King weighed 37 lbs. A few weeks later I bought my first boat. On July 28, 1986 I landed an 80 lb. king salmon. My dream of landing a trophy King had come true. I was the one who was hooked. While attending college and before I established my guide business back in 1992, I was in a group discussion at school and deciding on a name for my business. I was determined to become a guide for Kings on the Kenai and live my second dream. My fraternity brother suggested the name King of the River because it showed the love I had of fishing for Kings. I’ve since completed my Bachelor Science in Business Management from Rochester Institute of Technology, Rochester New York. Today I continue my ongoing success with King of the River. I married an awesome wife, Maria. We have an amazing daughter, Katherine. I have since guided thousands of clients. I have had many experiences and have interacted with many clients. I respect all of them, no matter what their likes or dislikes. Their one common goal is to land that giant King and other salmon. My greatest thrill is to see the look, on my clients’ faces when they get their salmon. This is an excitement that I would not miss for anything.

Now is your opportunity to become King of the River.

I look forward to guiding you this summer on the Kenai Peninsula! 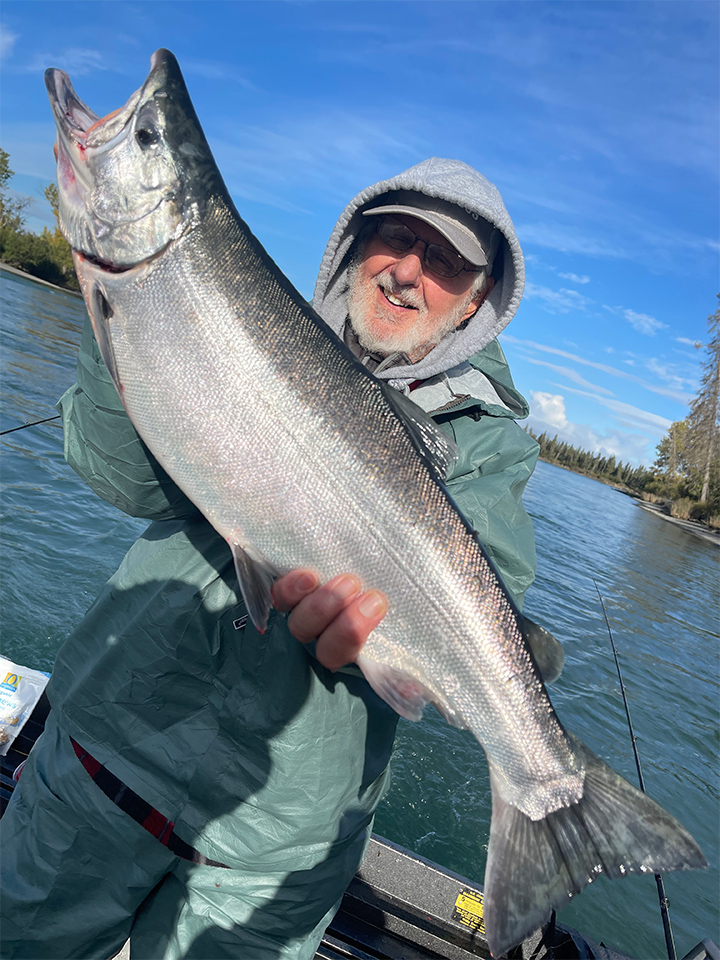 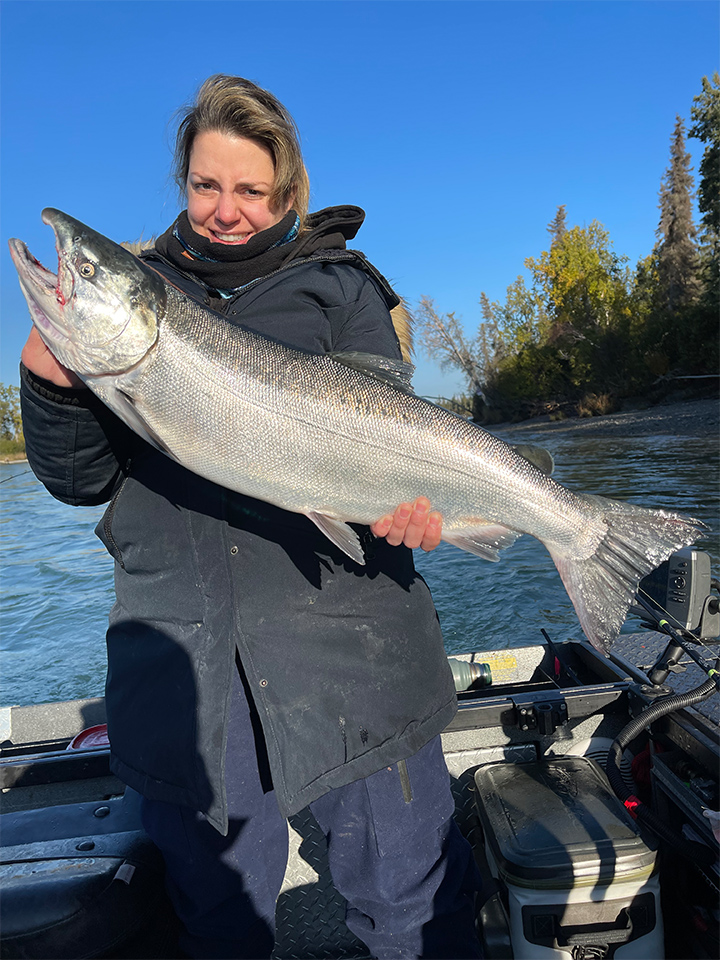 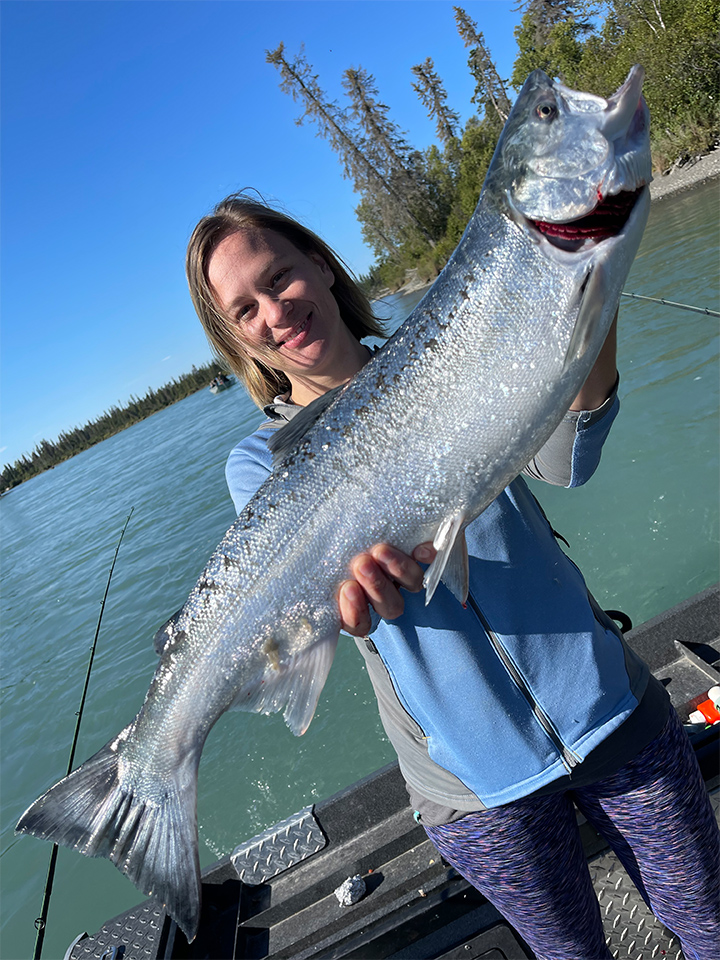 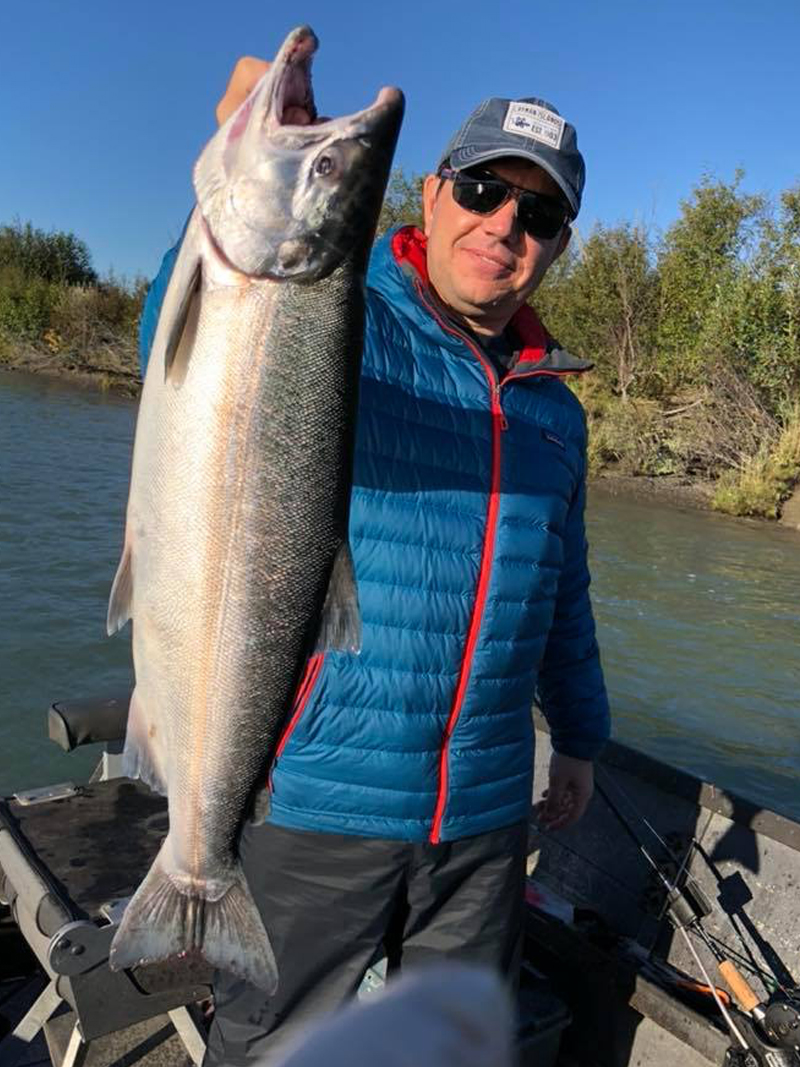 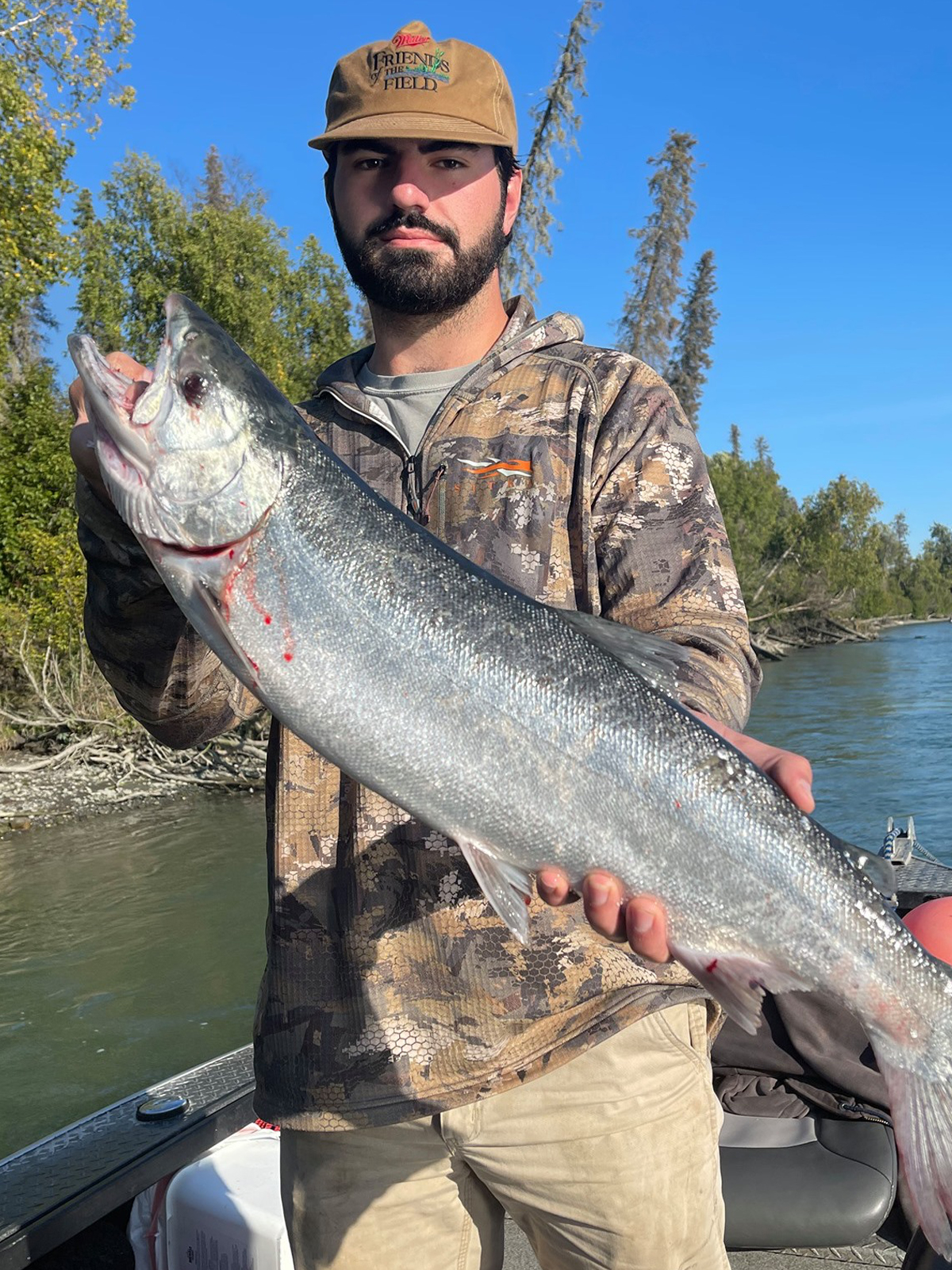 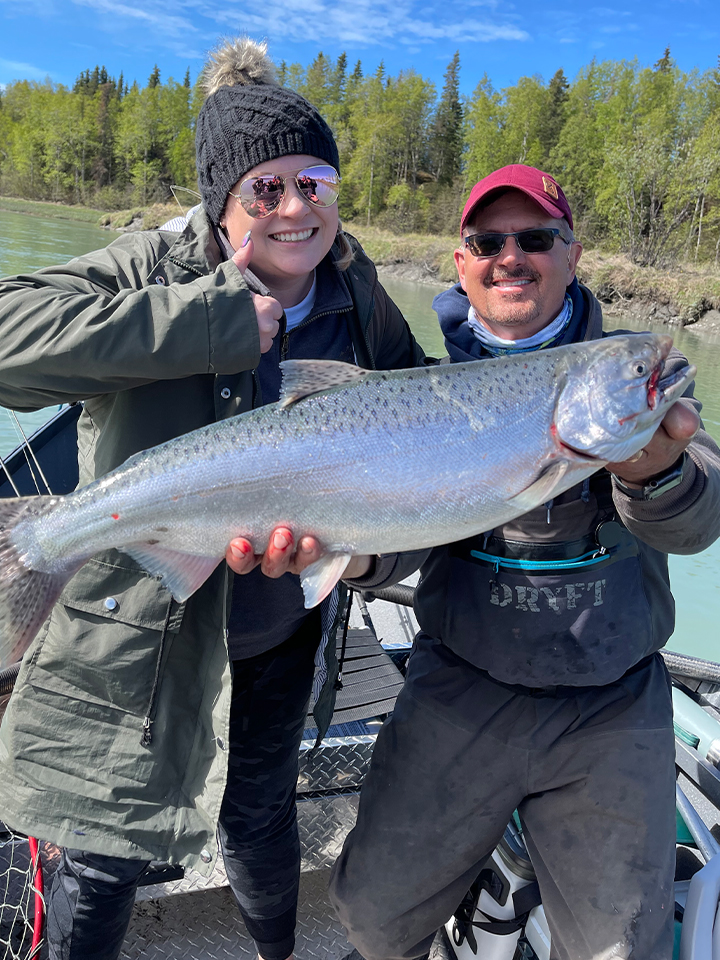 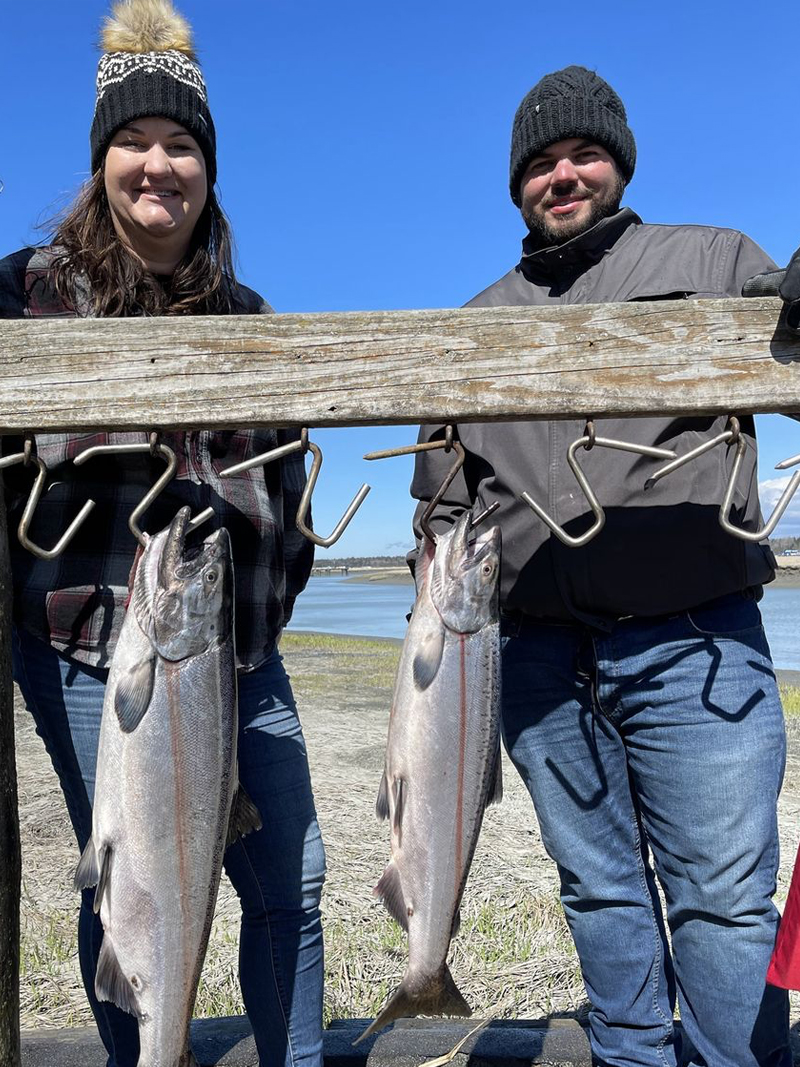 Join us for the 2023 Salmon Fishing Season!

We provide premium river fishing guide services that are designed with your fishing experience in mind! Our boats are eco-friendly and roomy for an enjoyable Kenai, Alaska fishing adventure! Come join us for World-Class fishing on the Kenai & Kasilof Rivers. Depending on the season anglers can fish for Kenai king salmon, silver salmon, or sockeye salmon. We also have multi-day fishing trips available if you wish to go halibut fishing. Our Kenai fishing guide service specializes in creating incredible vacation experiences in one of Earth’s last wild frontiers. In 2022 our clients landed over 2,000 salmon on both the Kasilof River and Kenai River! 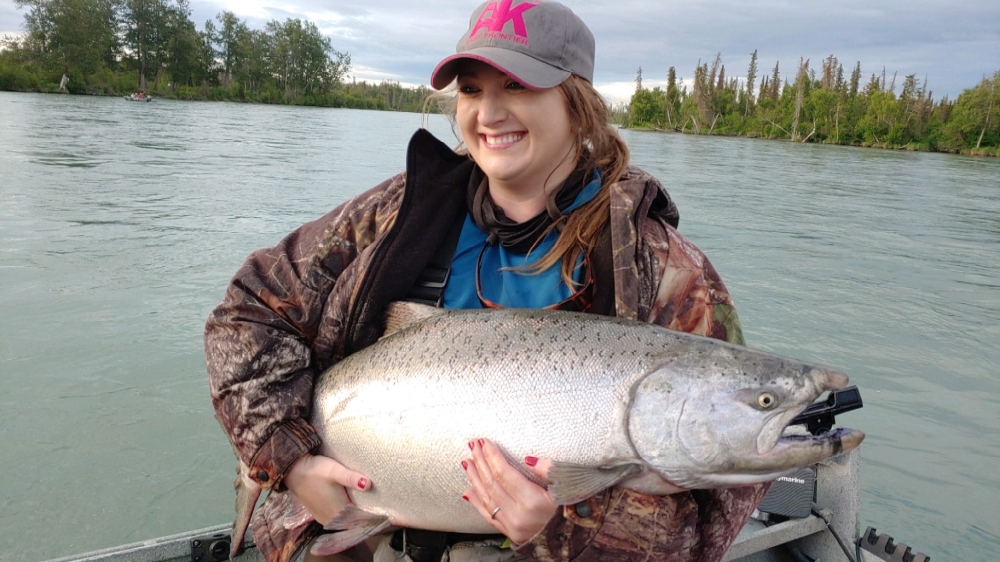 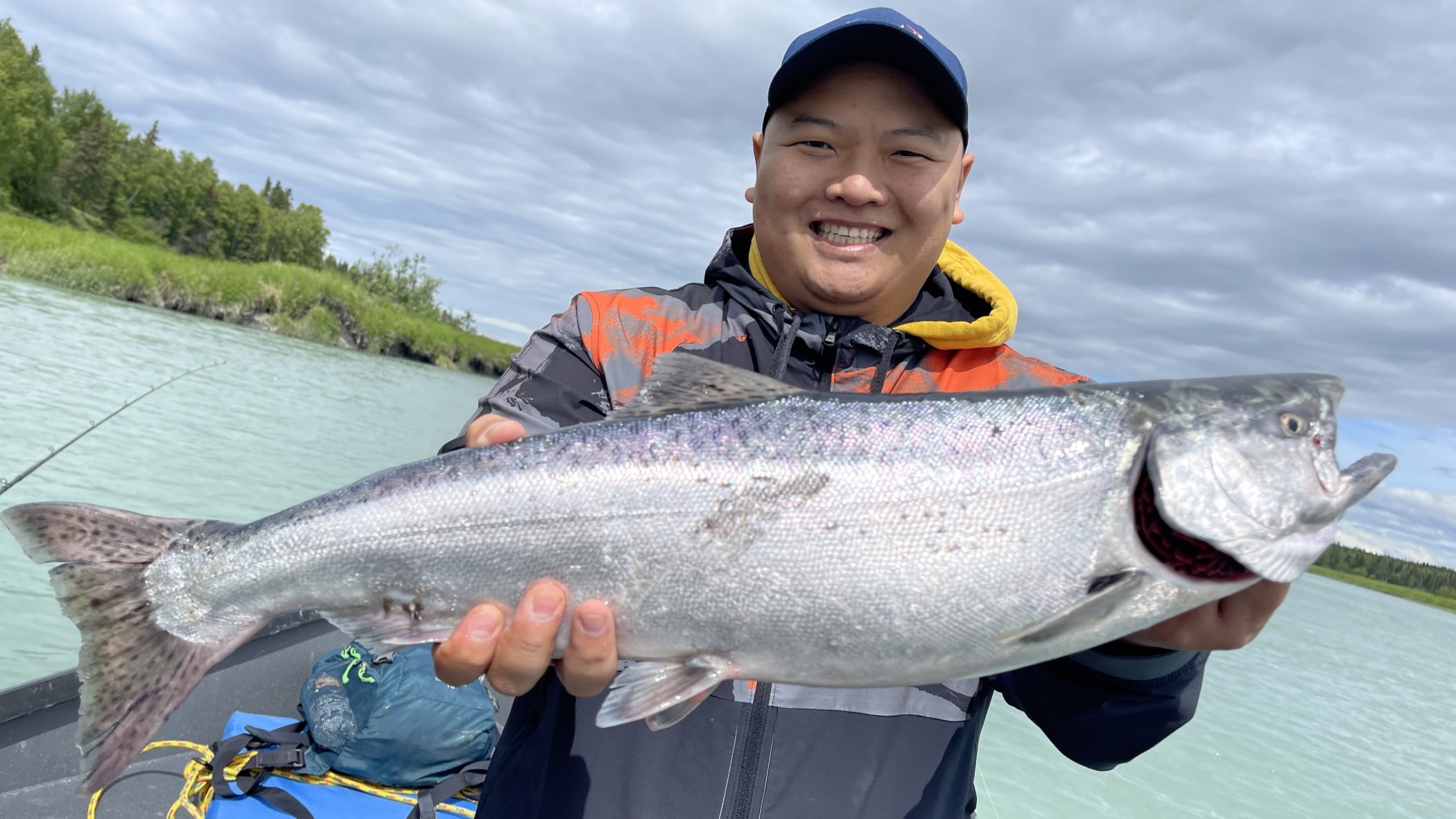 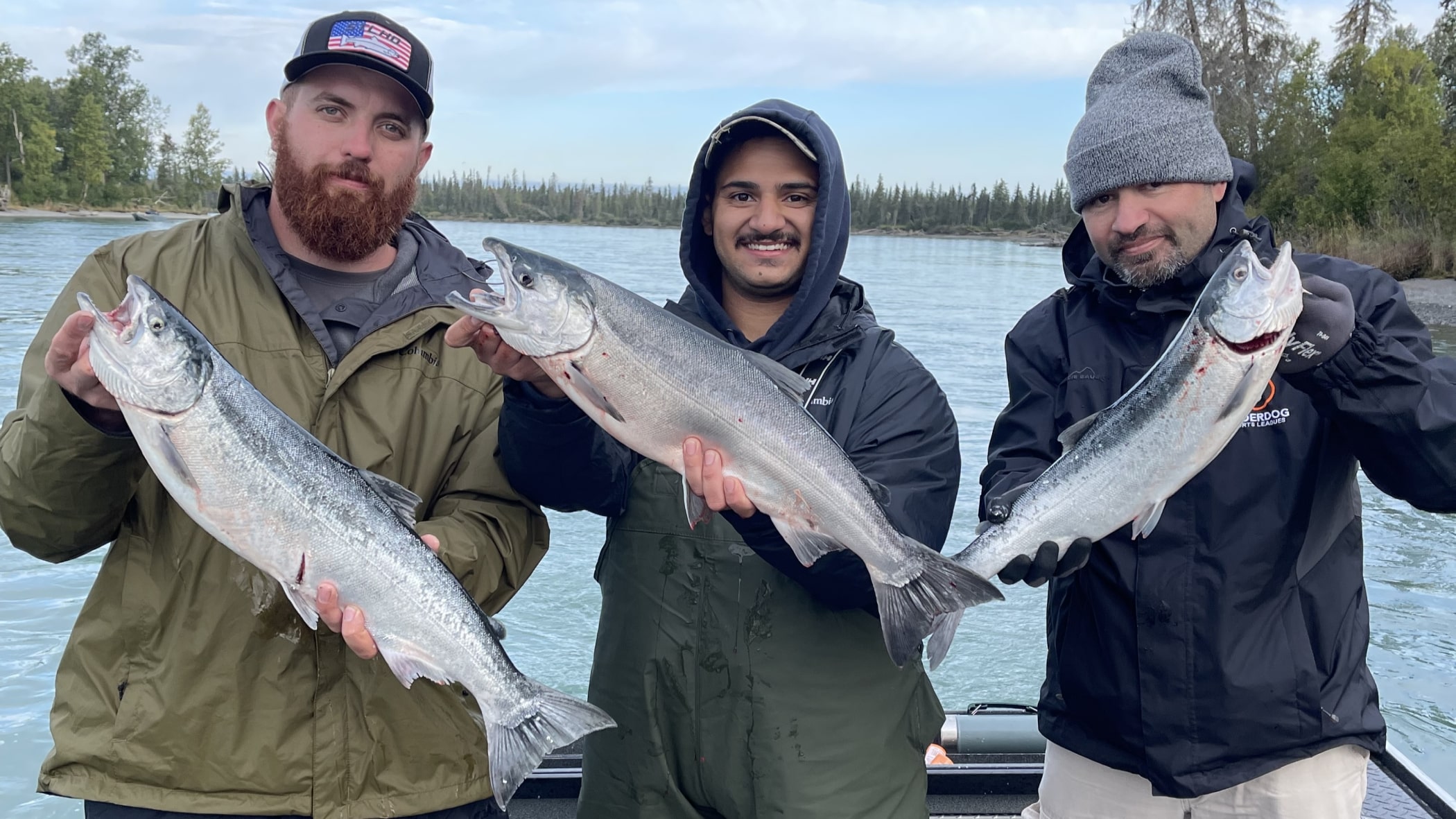